The 3 Best Stretches for Golf

Improve your golf and minimize injuries with 3 of the best golf stretches.

Golf, as we know it today, originated in 15th-century Scotland, however the game’s ancient origins are unclear. James II’s is credited with the first written record of golf when he banned the game in 1457. In 1502, James IV lifted the ban when he became a golfer.

In 1764, the standard 18-hole golf course was created when members of the St Andrews club modified the course from 22 to 18 holes. The world’s oldest golf tournament is The Open Championship, which was first played on October 17, 1860 at Prestwick Golf Club, in Ayrshire, Scotland. 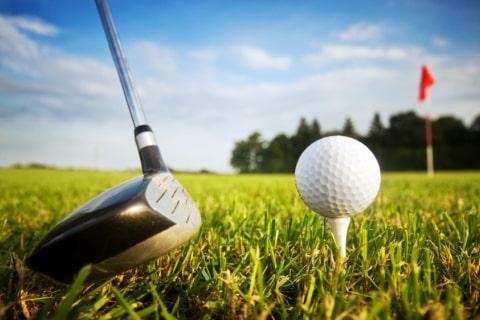 Hamstring muscles play an important role in helping players maintain proper posture, while the quadriceps and calf muscles assist with balance and help players to flex their knees.

The golf swing requires a combination of shoulder movement through a wide range of motion at high speed, and strong rotation of the trunk. Both movements produce risk of injury, as do other aspects of the game. Common golfing injuries include: 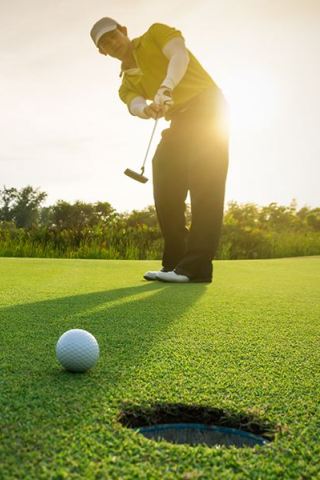 Thorough conditioning and proper swing mechanics are both essential in helping to prevent golf injuries. Many injuries occur early in the season before proper conditioning has taken place. Include the following strategies before, during and after your golf game:

Attention to technique is critical to avoiding injury. Getting advice from a coach or pro on the mechanics of proper swing technique is the best way to improve your swing. Here are some other tips for perfecting your technique and reducing the strain on your body:

The Benefits of Golf Stretches

Muscle strain and sore muscles are common among golfers. By performing regular golf stretches, you’ll improve your flexibility and increase your range of motion, which will relax your swing and improve accuracy, increase confidence and the ability to swing faster and harder.

Stretching is one of the most under-utilized techniques for improving athletic performance, preventing sports injury and properly rehabilitating sprain and strain injury. Don’t make the mistake of thinking that something as simple as stretching won’t be effective.

Below are 3 of the best stretches for golf; obviously there are a lot more, but these are a great place to start. Please make special note of the instructions with each stretch, and if you currently have any chronic or recurring muscle or joint pain please take extra care when performing the stretches below, or consult with your physician or physical therapist before performing any of the following stretches. Bent Arm Upper Back and Shoulder Stretch: Stand upright and place one arm across your body. Bend your arm at 90 degrees and pull your elbow towards your body. Reaching Lateral Side Stretch: Stand with your feet shoulder width apart, then slowly bend to the side and reach over the top of your head with your hand. Do not bend forward. Click on the play button below if you prefer to follow along to a 10 minute video of the best stretches for golf.

These golf stretches are best done after your golf training or game, as part of your cool down. They can also be done as a stand-alone stretching session to improve your golf flexibility, but make sure you’re fully warmed up before starting the stretches.

Get more of the best Golf Stretches here